CHAPTER 4: IN RINGS - Raped By The Devil 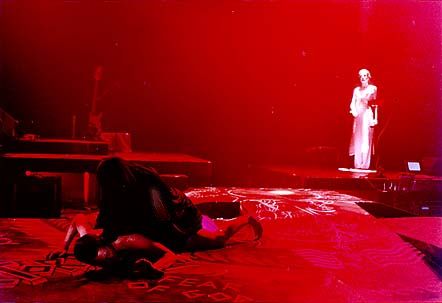 By the time the rickety car started again, there was a new passenger. Since sheâ€™d blatantly refused to be taken back inside, the only other opportunity they imagined would make things right would be to give her a ride.

She didnâ€™t write down a destination immediately. In truth, she did not wish to go home just yet.

The original plan had been to walk for a bit before flagging a cab home. Now her unfortunate acquaintances were insistent on driving her anywhere she was headed or at least close to her home.Â  She only obliged to keep the man from asking anymore if she was alright. The woman had been authoritative to the point of motherly when she asked her to allow them to give her a ride.

Lizzy kept looking over her shoulder to catch a reaction from the woman in the backseat as they drove her to whatever destination sheâ€™d write on her notepad. She asked â€œis the backseat comfortable?â€Â

She nodded her assent twice in succession. Then she took out her notepad just when Aziz was about to take the curve on the junction after the hospital.

Â He drove in silence, occasionally looking up to see if the passenger in the backseat was scribbling something just yet.

Â Aziz had always been a careful driver and Lizzy wondered if he was okay. They had both tried to move from the pain as best as they could. In so doing, they had failed to find the strength together. It was as though the memory left different sets of demons to each.

Aziz to his, Lizzy to hers.

Except Lizzy carried hers in her womb. A glorified demon. One that Aziz could not avoid.

She wrote down â€œAmasamanâ€ and â€œmy name is Emmaâ€ on her notepad and passed it on to the other front seater who wasnâ€™t driving. She looked and said â€œye fre me Lizzy and this is my husband Aziz.â€ When she smiled, Lizzy knew she understood.

They both settled back into their seats and Aziz smiled at his wife. He looked up again into the mirror so that he could see her when he said, â€œyour destination is on our route so we can drop you in front of your house.â€ Then immediately added â€œjust point to which direction to take or write down the street name so we know where to stop.â€ He couldnâ€™t decide which suggestion was dumber and wondered if his passengers noticed how hard he was trying to be nice.

The silence that followed was deafening.

There was no telling how much relief the Mr and Mrs felt that Emma was unhurt because it had been a very close call.

Lizzy could see from her mirror how Emma sat calm. Granted, she wasnâ€™t hurt. But she didnâ€™t seem shaken either. Lizzy envied her charm. The charm that made her unnerved after that sort of experience. Maybe she had dealt with Demons before. Maybe.

Â CHAPTER 1: IN RINGS â€“ RAPED BY THE DEVIL

CHAPTER 2 : IN RINGS - RAPED BY THE DEVIL

CHAPTER 3: IN RINGS - RAPED BY THE DEVIL