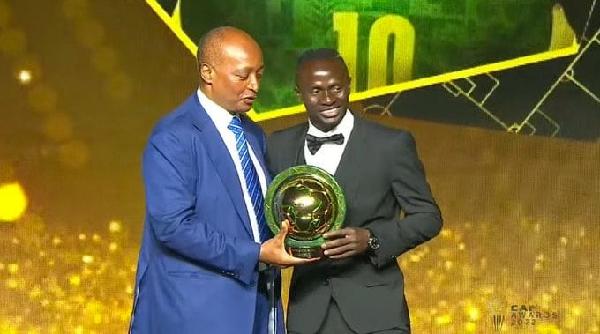 The recipients of the CAF Awards 2022 were announced on Thursday, as Sadio Mane scooped the coveted men's African Player of the Year award.

Sadio Mane beat off competition from fellow countryman Edouard Mendy and two-time winner of the award Mohamed Salah due to his stellar performance in the season under review.

The 30-year-old enjoyed a great campaign with his former club, Liverpool, during the 2021/22 season, which saw him end up with the FA Cup title.

The Senegal international during the year under review led his country to their first-ever AFCON triumph, beating Egypt to win the final.

Sadio Mane has emerged as the Most Valuable Player, of the tournament held in Cameroon where he also scored 3 goals.

He also played a key role for the Teranga Lions, guiding them to a World Cup slot.

Goal of the Year: Pape Sakho