The corrupt cockroaches are back in the GFA - Abbey Pobi 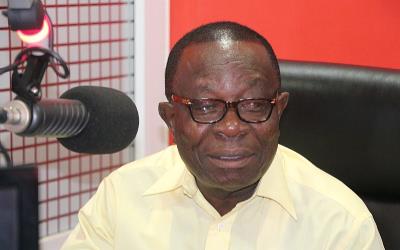 Outspoken Ghanaian football administrator, Jonathan Abbey Pobi has described the current setup of the Ghana Football Association as the gradual crippling in of the cockroaches which were meant to be ridden off by the normalisation of the FA.

According to him the very persons responsible for the woes of the country’s football during the 13-year reign of former GFA president, Kwasi Nyantakyi are gradually finding their way into the new GFA.

Mr Pobi who on several occasions questioned the ability of some persons including the new president of the association, Kurt E.S Okraku to contest in the recent GFA elections, in an interview he said he does not understand why some people are being given the space to infiltrate what is supposed to be a reinvented GFA.

READ ALSO: Let's not repeat what we did that plunged our football into low patronage - Sports Minister advises GFA ExCo

“When your chop-box gets infested with cockroaches and you clean it you don’t expect them to come back. For the past 13-years Ghana’s football was on a decline, we cleaned and painted the Ghana football association. Why do we allow these people to come back?

I’ve said it before that the likes of Kurt Okraku, George Afriyie and Osei Palmer shouldn’t have picked forms to contest the FA presidency.

Someone who drank tea with Kwasi Nyantakyi should not be allowed to come back, they are all part of the reasons why Ghana football was on a decline in the past 13-years. That’s why I am saying the cockroaches are coming back”

Commenting further Abbey Pobi said the appointment Lepowura MND Jawula as Chairman of the new Premier League Management Committee (PLMC) further deepens his concerns about the structure of the FA.

In his view the Ex-GFA boss whose name is alleged to have been excluded from the normalisation committee at an eleventh hour on grounds of integrity does not qualify to play a role in the new FA.

“If MND Jawula was appointed to the NC but had his appointment withdrawn by FIFA because people raised issues, why should you give him a position again?”

He mentioned that he can currently count up to seven, the number of people who held positions under Kwasi Nyantakyi and have found themselves in the new GFA.

On the repercussions of his observation Mr Jonathan Abbey Pobi said the situation spells doom for the future of Ghanaian football since the situation will create a room for the sins of the past to come back and hunt the country.

“Ghana football will never see good fortunes. We don’t even progress whenever we go for a tournament, we are being haunted by our sins. God has never been wrong and he is no cheat”

In 2018 the GFA was dissolved after an investigative piece by ace-investigative journalist, Anas Aremeyaw Anas exposed corrupt practices in the country’s football management body. The piece resulted in the indictment of the then president of the FA Kwasi Nyantakyi who was subsequently banned by FIFA from all football related activities. FIFA also commissioned a Normalisation Committee to oversee the reorganisation of the FA.

It has been a little over a month since the Ghana Football Association held its congress to elect new executives. Under the presidency of Kurt ES Okraku, new executives have been appointed to the FA’s committees.

Whilst some critics have hailed the progress of the new FA, others including Mr Jonathan Abbey Pobi have expressed worry over the infiltration of the FA by members of the Kwasi Nyantakyi led GFA as well as some of his close associates.