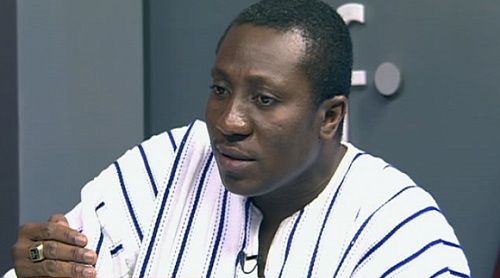 Some three others were not recalled and Mr. Alexander Afenyo-Markin says the V-C should adopt a reconciliatory posture and reciprocate the goodwill shown by aggrieved parties in the recent impasse, which led to the temporary closure of the university.

The dismissal of this lecturer caused an uproar on campus.

“We need to resolve the matter once and for all. As far as I know, from the meetings I’ve participated in and the conclusions arrived there, all those who were sacked as a result of a disagreement with the new management in one way or the other were supposed to be reinstated and I believe the vice-chancellor is well aware of this.

“He and I know that those people, most of them were seen as supporters of Avoke. We have been all tasked to ensure reconciliation. Reconciliation should not be done in a manner that will not give a positive impression. Dr Bekoe is supposed to be reinstated, I don’t see why Bekoe must be left out, I don’t see why Agbesi will still have to sit at home on suspension. I don’t see why Dr Duku will be reinstated and others left out”, he said, explaining that in the case of one “Mr Quarshie, the circumstances for the termination of his appointment were unfair and, so, I expect that the right things will be done…” he told Class News.

His position on the reinstatement of just three is believed to be one he deems as “selective justice”.

At least 30 staff of the university, including 23 lecturers have lost their jobs within the past year.

It will be recalled that the dismissal of some lecturers by the Vice Chancellor led to a violent demonstration on Campus.

The demo by some students led to the destruction of several properties which run into thousands of cedis.

This forced the Central Regional Security Council, REGSEC to shut down the school on March 14, 2019.

After several deliberations over the issue, the Governing Council of the school reinstated three of the dismissed lecturers and set April 9, 2019, as the reopening date for the school.