Joseph Paintsil on scores in KRC Genk win over Anderlecht 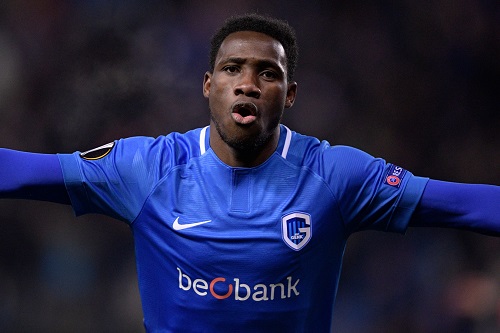 Black Meteors winger, Joseph Paintsil was on the scoresheet for KRC Genk in the first game of the 2019 Belgian Jupilar Pro League playoffs as they thumped Anderlecht 3-0 at the Luminus Arena on Saturday.

The Blue and White lads kicked off their playoffs campaign on a bright note after Joakim Maehle put them ahead in the 35th minute.

Japanese forward Junya Ito gave Genk the cushioning with a fantastic strike ten minutes after the break before he made way for Paintsil four minutes later.

Paintsil left his mark on the game on the 75th-minute mark, connecting to Bryan Heynen’s superb pass.

Joseph Aidoo warmed the bench for the winners while Dennis Appiah and Francis Amuzu played 90 and 27 minutes respectively for the losers.